Viggo is a sweet little boy who turns into a monster when he gets overtired, hungry, angry, or whenever he experiences sensory overload.  I think this is a familiar story: even the most angelic child have off moments and morphs into a monster. 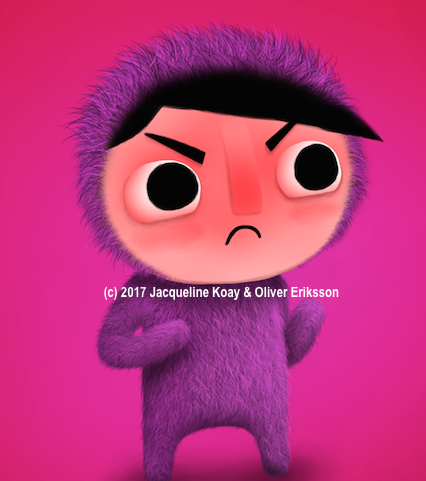 Scolding these little ‘monsters’ and telling them to BEHAVE! – or worse, shouting at them – does not teach them how to embrace the spectrum of normal human emotions and to subsequently learn how to regulate those emotions. 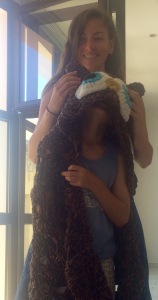 Various research has shown that breath has the power to alter the state of one’s mind.  But breathing and meditation are two very difficult concepts for children to assimilate, because children are just beginning to make sense of their external world.  Thus, the most effective lessons for children are those that are learned by direct experience.

A Sun Yoga Kids class created by Leslie Bus and Sandrine Martin tells the story of a pirate who kidnapped a policeman. The pirate took the policeman on a long journey by sea.  Halfway through the journey, the pirate enlisted the help of the policeman to row the boat. The boat capsized and the duo was thrown into the sea. The sea was filled with crocodiles!!  The pirate and the policeman swam as fast as they could to an unknown land where dinosaurs roamed.  As they were running away from the dinosaurs, they were lured into further danger by a traitorous eagle who promised them pizza and sandwiches (the eagle had also promised the hungry dinosaurs the same thing). There was no escape for the pirate and the policeman, except to come into themselves in child pose and meditate, so that they could become warriors of light. 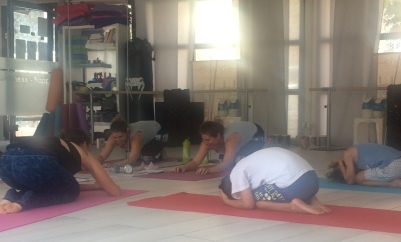 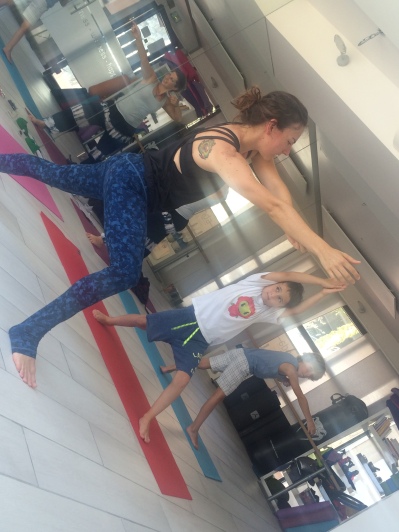